July 17 (UPI) — Minneapolis police shot and killed an unarmed Australian woman who had called 911 to report a suspicious noise in the alley behind her home.

Justine Damond, 40, was killed Saturday night in Minneapolis’ Fulton neighborhood. The police officer who shot her was wearing a body camera, but officials said the camera was not on at the time of the shooting.

The Minneapolis Star Tribune reported that Damond called 911 to report a suspicious noise. Police arrived on scene and Damond went to meet the officers. As she spoke to the officer in the driver seat, the officer in the passenger seat pulled out his gun and shot her. Police have not explained what prompted the shooting. Damond did not have a weapon.

“Two Minneapolis police officers responded to a 911 call of a possible assault just north of the 5100 block of Washburn Avenue S. just before 11:30 p.m. Saturday,” the state Bureau of Criminal Apprehension said in a news release. “At one point, an officer fired their weapon, fatally striking a woman.

“The BCA’s investigation is in its early stages. More information will be available once initial interviews with incident participants and any witnesses are complete…The officers’ body cameras were not turned on at the time and the squad camera did not capture the incident. Investigators are attempting to determine whether any video of the incident exists,” the statement added.

“We have few facts at this point,” she said. “I want to know more. I call on the BCA to share as much information with all of us as quickly as they can.”

“I have questions about why the bodycams weren’t on,” she said.

Damond, a trained veterinarian who also worked as a yoga instructor and life coach, was planning to get married to her fiance, Don Damond, in August. Her maiden name was Ruszczyk but she went by Damond.

Her stepson, 22-year-old Zac Damond, criticized what he described as a lack of transparency from the Minneapolis Police Department about the investigation.

“My mom is dead because the police officer shot her for reasons I don’t know, and I demand answers,” he said. “And if anybody can help just call the police and demand answers. I’m so done with all this violence. It’s so much bull[expletive]. America sucks. These cops need to be trained differently.” 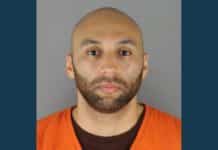