Sept. 5 (UPI) — A Mississippi judge on Friday dropped charges against a man tried six times for the deaths of four people nearly a quarter-century ago.

Curtis Flowers, 50, spent nearly 23 years in prison for the slayings at a furniture store in Winona, Miss. He was released on bail in December ahead of what was expected to be his seventh trial.

“Today, I am finally free from the injustice that left me locked in a box for nearly 23 years,” Flowers said in a statement. “I’ve been asked if I ever thought this day would come. I have been blessed with a family that never gave up on me and with them by my side, I knew it would.”

District Attorney Doug Evans, lead prosecutor in his first six cases — two of which resulted in hung juries and the rest overturned due to prosecutorial misconduct — recused himself from the case in January. The case was transferred to the Mississippi attorney general’s office.

Attorney General Lynn Fitch filed a motion to dismiss the charges after reviewing the case, saying there was no one alive who could testify today without previous conflicting statements on the record.

“As the court noted at the bail review hearing, the only witness who offered direct evidence of guilt recanted his prior testimony, admitting that he was lying when he said Mr. Flowers made a jailhouse confession to the murders,” the motion read.

She said there were also multiple alternative suspects who had violent criminal histories as well as other evidence not considered.

“The case against Curtis Flowers never made sense,” said Flowers’ attorney Rob McDuff of the Mississippi Center for Justice. “He was 26 years old with no criminal record and nothing in his history to suggest he would commit a crime like this.

“As time went by, even more evidence emerged to corroborate his innocence. This prosecution was flawed from the beginning and was tainted throughout by racial discrimination. It should never have occurred and lasted far too long, but we are glad it is finally over.”

Bertha Tardy, the owner of Tardy Furniture, and three employees, Robert Golden, Carmen Rigby and Derrick “Bobo” Stewart, were found dead at the store July 16, 1996. Flowers became a suspect after police learned he had been fired from the store two weeks earlier. 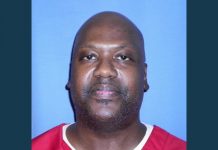