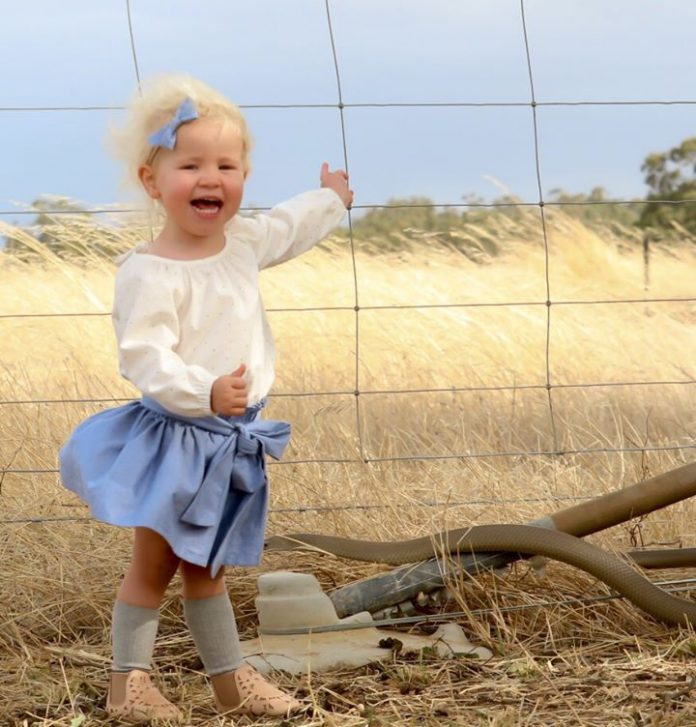 March 31 (UPI) — An Australian mother taking photos of her 2-year-old daughter captured the moment the toddler was photobombed by a massive and deadly snake.

Bianca Dickinson, of Kaniva, Victoria, posted a photo to Facebook showing the large eastern brown snake slithering mere inches away from where 2-year-old Molly was smiling for the camera.

Dickinson wrote she initially thought the snake was “a bit of bark flying from a tree,” but she looked up from her camera to discover the massive snake at Molly’s feet.

“I can’t believe it didn’t touch her!!! Once I was home I checked my camera and found this shot,” she wrote.

Dickinson said she was taking photos of Molly for a children’s clothing label near the spot where her other children catch the bus to school. She said the close encounter should serve as a reminder to be aware of active snakes.

Dickinson said Molly was lucky to escape the eastern brown, considered the second deadliest land snake in the world.

“I checked her for bite marks still,” she told The Wimmera Mail-Times.