Nov. 13 (UPI) — A New Hampshire judge has said Amazon must turn over any audio recordings made by one of its Echo smart home devices as evidence in a double murder trial.

Judge Steven Houran, of New Hampshire’s Superior Court, said the recordings could reveal information about who was responsible for the deaths of Christine Sullivan and Jenna Pellegrini on Jan. 27, 2017. Officials found the bodies of the two women stabbed to death under the porch of a residence.

Houran on Friday directed Amazon to produce any recordings made between Jan. 27 and Jan. 29, 2017.

Amazon said it won’t release the information until it receives an official legal demand.

In December 2016, Amazon initially refused to release audio and other records from an Echo device related to a 2015 murder case in Arkansas. The owner of the device later consented to the release of the information, and charges were dropped against the suspect. 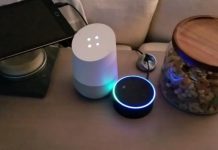 Google Home and Amazon Echo have conversation in ‘infinite loop’