KENNEDY SPACE CENTER, Fla., July 25 (UPI) — NASA has cut down trees on more than 385 acres of Kennedy Space Center in Florida to allow a better view of launch pads where human spaceflight is set to return after a lull of many years.

The last astronauts to launch into space from the site were aboard space shuttle Atlantis in 2011. Since then, trees have grown so thick that the view from the press site a few miles away is totally obstructed.

On Wednesday, when the media arrived for a SpaceX launch, they noticed a change: a clear view of launch pads.

“It looks like it did during the Apollo days, which is a great thing,” said photographer Julian Leek, 65, a freelancer who has worked for such outlets as Ladies’ Home Journal and the Miami Herald over the years.

“Back then you could see the pads and the concrete, and now it’s a gorgeous view again. Over the years, the vegetation has been growing and growing,” Leek said.

A tree-cutting contract for $80,207 recently was awarded to CORE Engineering and Construction of Winter Park, Fla., according to federal records.

The space center “is very quickly approaching the return of human spaceflight, currently planned for 2019, and it is imperative that Kennedy Space Center is able to capture these historic missions on behalf of our Agency,” NASA bid documents say.

The entire space center is part of a federal natural area, the Merritt Island National Wildlife Refuge. NASA bid documents say that the agency worked with the refuge to draw up requirements for the tree removal.

Any habitat discovered to harbor threatened or endangered animals like Florida scrub jay or gopher tortoise were either previously identified or were to be reported by ground crews cutting down trees, according to bid documents.

Some of the trees were identified as Brazilian pepper or other invasive, non-native trees, but not most of them. About 212 acres of scrub oak were listed in a survey of the areas to be cut, along with 44.37 acres of Brazilian pepper.

The tree removal allows clear vision from the press site to Launch Complexes 41, 40 and 39-B, which is where Apollo 10 lifted off and where NASA intends to launch the upcoming Artemis missions that would eventually return to the moon.

SpaceX was set to try a launch at 6:24 p.m. Wednesday from Launch Complex 40, sending cargo to the International Space Station, but storms in the area were being monitored by launch officials.

About 22 acres were also to be cut around a rocket booster fabrication facility to prevent any fire threats, NASA said. 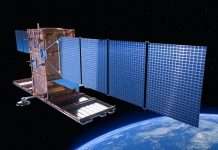