Oct. 16 (UPI) — Airports in the United States will now be required to provide private breastfeeding rooms in every terminal, according to a provision in the Federal Aviation Reauthorization Act of 2018, which President Donald Trump signed earlier this month.

The bipartisan Friendly Airports for Mothers Act, first introduced in May 2017 by Sen. Tammy Duckworth, D-Ill., and Rep. Stephen Knight, R-Calif., requires large and medium-sized airports to provide the private breastfeeding stations in a non-bathroom space in each terminal. The spaces must also be handicap accessible, have a place to sit, a flat, table-like surface and an electrical outlet.

The law also requires airports to provide diaper-changing tables in both men’s and women’s restrooms in every terminal.

The United States Breastfeeding Committee praised the new law as “another piece of the puzzle for comprehensive breastfeeding support in our country.”

“No matter what they’re doing or where they are, people who are lactating need to express milk every few hours,” Amelia Psmythe, interim executive director of the USBC, said in a statement. “An airport is just one of many environments where people face challenges trying to find a clean, private space to nurse or pump. We also applaud the inclusion of wheelchair accessibility in this language, an important mark of equity.”

The breastfeeding stations must be implemented in airports nationwide by Oct. 1, 2020. 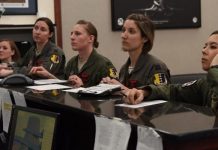 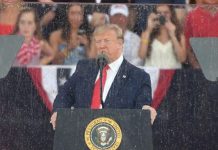 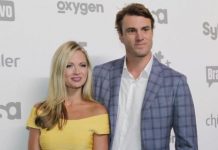