The storm formed close to the coast of Florida, approximately 120 miles southeast of West Palm Beach, Fla., and was moving northwest at 13 mph, according to the the National Hurricane Center.

If the tropical depression strengthens into a tropical storm, it would be named Chantal. Even if a named storm fails to take shape, the front will bring an extended stretch of increased showers and thunderstorms to the Florida Peninsula later this week.

The Atlantic basin has been quiet since Barry slammed onto the Louisiana coast as a hurricane on July 13.

Tropical Depression 3 will track northward just off the eastern coast of Florida on Monday night and Tuesday morning before turning to the northeast and paralleling the coast of the Carolinas later Tuesday into Tuesday night.

Regardless, residents and visitors across the northwestern Bahamas are experiencing an increase in showers, thunderstorms and spoiled outdoor plans.

The downpours can graze Miami and West Palm Beach on Monday night into early Tuesday.

However, AccuWeather meteorologists say most of the rain associated with this storm will stay offshore of Florida and the rest of the Southeast.

The numerous showers and thunderstorms aiming at the Southeast for Tuesday will come at the hands of the cold front. The greatest risk for the thunderstorms to produce damaging winds and flooding downpours lies from southeastern Virginia to South Carolina.

The combination of the Tropical Depression 3 and the front will heighten the risk for rip currents at the beaches from Georgia to the Outer Banks of North Carolina on Tuesday.

While the tropical depression will get swept away from the United States at midweek, that may not close the door for additional development off the Southeast coast this week.

“As the front sits along the Southeast coast and over the warm waters of the Gulf Stream, it remains possible that another tropical or subtropical system could develop later this week or over the weekend,” AccuWeather Senior Meteorologist Adam Douty said. “This remains just a small possibility but is something to watch in the coming days.”

A subtropical storm has both tropical and non-tropical characteristics.

“Subtropical storms tend to be somewhat lopsided and may contain pockets of dry air near the center,” according to AccuWeather Senior Meteorologist Alex Sosnowski. “However, in terms of impact, they can also bring heavy rainfall, rough sea and surf conditions and strong winds, just like their true tropical storm cousin.”

“Tropical development along a stalled frontal boundary is typically a slow process, so there remains the question as to whether any feature will have enough time to develop before being pulled northeastward away from the coast and into cooler water,” Douty stated.

Latest indications suggest that, in the event of a more organized tropical system taking shape later in the week, it will remain offshore. There could still be enhanced rainfall along a part of the Southeast coast, and rough seas would be stirred across the southwestern Atlantic Ocean.

On the other hand, the front will make significant southward progress for July and promote a prolonged stretch of comfortable weather across the Interstate 85 corridor and down to around Interstate 10 in the lower Mississippi Valley for the second half of this week.

Away from the southwestern Atlantic, there are no other signs of development across the remainder of the basin this week.

With the heart of hurricane season still to come in mid-August and September, all residents living in hurricane-prone areas are urged to review what precautions need to be taken should a storm threaten. 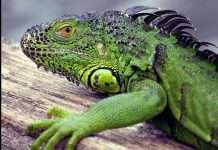