He traveled to Germany midday Sunday after visiting Britain where he discussed similar issues, including trade, played a round of golf with British Prime Minister David Cameron and gave a controversial speech in that country’s debate over whether to stay or leave the European Union, USA Today reported. Britain will vote on the issue June 23.

Obama was expected to officially open the Hannover Messe on Sunday, considered the world’s leading and largest trade fair for industry technology. More than 6,500 exhibitors and 200,000 visitors from 70 countries are expected, Voice of America reported.

The Transatlantic Trade and Investment Partnership, or TTIP, which will be discussed, would make it easier and cheaper for companies on both sides of the Atlantic to do business together and would provide a boost to the global economy amid persistent, sluggish growth, supporters said. But there is fierce opposition to the trade agreement in Germany — Europe’s largest economy and its most important political voice. TTIP critics say the agreement will erode consumer and environmental protections.

Some 35,000 people marched in Hannover Saturday against theTTIP, which would cover more than 800 million people.

During his time in Britain, Obama spoke about how the trade deal would bring millions of jobs and billions of dollars to both regions. Negotiators in Washington and in Europe are trying to finalize key parts of the deal before the end of the year. About 300 U.S. companies are attending the trade show in Germany.

The president acknowledged in London that negotiating trade deals was “tough” because countries want to fight for their domestic interests. “The main thing between the United States and Europe is trying to just break down some of the regulatory differences that make it difficult to do business back and forth,” Obama said.

Germany’s government has touted the deal as a way to boost the global economy and give small and mid-sized companies more chances to compete on the world market while reducing bureaucracy.

Obama has said he felt it was important to visit Germany during his final year in office because Merkel has been “a close partner for his entire time in office,” Deputy National Security Advisor Ben Rhodes said.

Obama and Merkel will discuss the coalition fight against Islamic State and counter-terrorism cooperation which followed the attacks in Brussels and Paris in recent months. 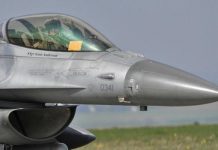 U.S. Air Force investigating deaths of 2 airmen at Germany base 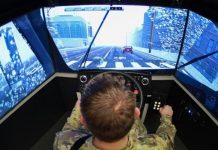