WASHINGTON, Sept. 10 (UPI) — President Barack Obama is prepared to allow at least 10,000 Syrian migrants into the United States beginning in the next fiscal year, a dramatic increase from the nearly 1,500 accepted this year, the White House announced Thursday.

White House Spokesman Josh Earnest said Obama wants his administration to make preparations to accept the migrants beginning Oct. 1. Earnest indicated the move would force the U.S. to increase its cap on refugees, which has been at 70,000 for three years.

“We know that it certainly is not feasible for millions of Syrians to come to this country. But what we can do is make sure that we are doing everything we can do to try to provide for their basic needs,” Earnest said.

The U.S. has come under increasing pressure to admit migrants from Syria and other Middle Eastern countries as millions flee increased threats from war and extremists. European nations have been struggling to keep up with the influx.

“Ultimately this situation will not be resolved until we can resolve the political crisis inside of Syria right now,” Earnest said. “That instability is ultimately the responsibility of President Assad.” 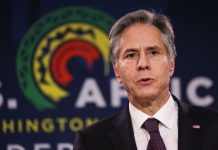