Kasich, who stayed between fourth and fifth place most of the day Saturday in the South Carolina primary, made a rare trip home to sign the bill, ensuring that state funds and some federal funds aren’t used to perform non-therapeutic abortions, the Columbus Dispatch reported.

The measure removes $1.3 million in funding from Planned Parenthood of Ohio.

Critics argue the health clinics to which the money will be redirected lack the services Planned Parenthood provides. The non-profit group performs abortions at three of its 28 Ohio clinics.

Planned Parenthood of Ohio said the state money is used for educational programs, like Healthy Moms, Healthy Babies, for HIV counseling and for testing and sex education.

Some have speculated that signing the bill was a way to win over more conservatives leading up to the South Carolina primary after Kasich took second behind Texas Sen. Ted Cruz in the New Hampshire primary.

An American Research Group poll conducted last week showed Kasich in second place among likely Republican primary voters in Michigan. The poll, which was conducted Feb. 19 and 20, had him with 17 percent of the vote, 5 points ahead of Rubio and Ted Cruz.

The Michigan Republican primary is scheduled for March 8. 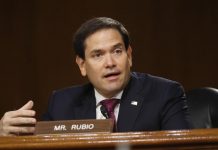 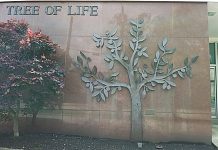 Worshipers gather outside site of slayings, nearby synagogue for Sabbath services