March 17 (UPI) — Three men escaped by crawling through the ventilation system of an Oklahoma jail late Thursday and authorities said they may be armed.

The men have been identified as Brian Allen Moody, 23; Sonny Baker, 41; and Mark Dwayne Robbins, 23, according to the Lincoln County Sheriff’s Office. Surveillance video showed the men climbed into an air-conditioning vent, crawled over the cell wall to a work space, lowered themselves down and walked out a back door.

Some 22 witnesses who shared a holding cell with the three men are being interviewed.

After escaping the Lincoln County Jail in Chandler, Okla., it’s believed the men, who were being held on property theft charges, stole two pickups. One of the trucks is believed to have had a loaded .40-caliber Glock in it.

KOCO-TV reported police tracked the men 50 miles away to Midwest City, Okla., where they used a debit card they found in one of the trucks. Moody has a sister who lives in that area, though it’s unknown if the men are still traveling together.

Lincoln County Sheriff Charles Dougherty said the suspects have never demonstrated violent behavior before, but cautioned the public to consider them armed and dangerous. Anyone who spots a member of the trio should call 911 or the Lincoln County Sheriff’s Office at (405) 258-1191. 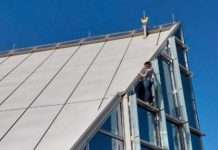 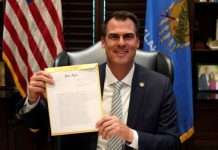