April 19 (UPI) — Social media company Pinterest began its first day of trading at $23.75, up 25 percent from its initial public offering of $19 per share.

The move pushed Pinterest’ market cap above $12 billion, compared to the company being valued at $10 billion had it stayed with the IPO topping out at $19.

Furthermore, the stock kept rising more than 28 percent to a market cap of $13 billion.

The company had raised $1.4 billion for its IPO.

Pinterest last saw a valuation in 2017, when a private funding round pegged it at $12.3 billion.

A valuation lower than $12 billion could have created losses for some investors, but the company’s “road show” pitches ahead of its debut attracted investors, spurring the increase in share price.

The digital bulletin board debuted Thursday on the New York Stock Exchange in one of this year’s big tech IPOs. It follows the debut of ride-hailing company Lyft earlier this month.

Pinterest, which traded under the ticker symbol PINS, originally set a price range of $15 to $17 per share but investors showed strong demand for the stock, which pushed the price up.

“The ability to monetize that audience is much higher,” Cordwell said. “When you’re at Snap you’re in the business of communicating with friends or wasting time; when you’re going to Pinterest there’s high purchasing intent: you’re planning something, looking for a product. That’s exactly what advertisers are looking for.”

Founded in 2010, Pinterest has 265 million monthly users but experts say growth has slowed in recent years. Founder Ben Silbermann’s stake is worth $1 billion at the IPO price. Various venture firms have similar stakes.

One of the year’s most highly anticipated IPOs is that of ride-share giant Uber next month. Experts say it should be valued at more than $100 billion. Zoom Video debuted Wednesday and began trading Thursday. Other tech IPOs this year could include Slack Technologies Inc., Postmates Inc., Palantir Technologies and Airbnb. 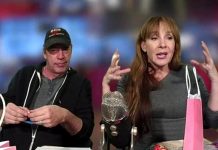