Feb. 2 (UPI) — Nearly 50 percent of Americans believe President Donald Trump is working too quickly, according to a new survey.

Gallup asked citizens this week how they felt about the president’s performance in office so far, two weeks into his new administration.

Forty-seven percent responded that Trump is acting too fast to address domestic issues like immigration and healthcare — compared to just 22 percent who responded that way at the start of Barack Obama‘s presidency in 2009.

The survey said 35 percent answered that Trump is acting at a pace that is “about right,” with three quarters of that reply coming from Republicans. Ten percent said he’s not moving fast enough. Seven percent had no opinion on the matter.

Gallup’s survey comes amid certain criticisms of Trump’s government so far. In just 14 days, he has acted on various issues — including healthcare, refugees and building a border wall on the U.S.-Mexico boundary.

The poll also indicated that about 40 percent of those questioned said they support the executive orders Trump has signed so far — compared to 55 percent who said they disapprove.

Concerning the border wall, which Trump has promised for months, the research shows that 38 percent of respondents support the construction of such a barrier. Slightly more, 42 percent, approve of Trump’s temporary order barring U.S. entry for immigrants from seven predominantly Muslim nations.

Overall job approval for Trump in the poll is 43 percent, compared to 52 percent disapproval. 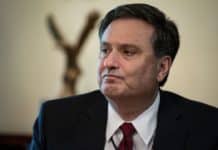