Pompeo arrived in Riyadh earlier Tuesday to meet with the Saudi leaders, two weeks after Khashoggi was last seen entering the Saudi consulate in Istanbul, Turkey.

State Department spokeswoman Heather Nauert said Pompeo “thanked the King for his commitment to supporting a thorough, transparent and timely investigation” of the Khashoggi case.”

Nauert described the meetings as “direct and candid.”

Khashoggi, a U.S. resident and Washington Post contributor, disappeared from the Saudi consulate after visiting to obtain documents for his upcoming wedding. Reports since say he may have been killed there, perhaps for writing editorials that challenged the royal family.

Since the disappearance, relations between the United States and Saudi Arabia have deteriorated. A war of words erupted over the weekend between President Donald Trump and Saudi leadership, leading at one point to threats of U.S. sanctions — and in response, sky high oil prices.

Trump sent Pompeo to Riyadh to “get to the bottom of it.”

Turkish investigators did a forensic examination of the Saudi consulate Tuesday.

“My hope is that we can reach conclusions that will give us a reasonable opinion as soon as possible, because the investigation is looking into many things such as toxic materials and those materials being removed by painting over them,” Turkish President Recep Tayyip Erdogan said.

Turkey will be Pompeo’s next stop. 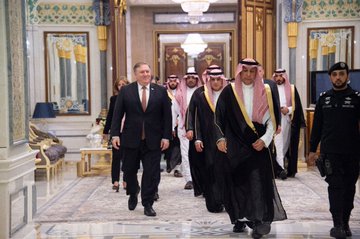 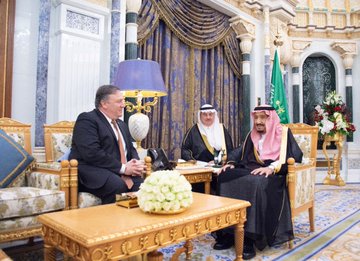 Khashoggi’s family issued a statement saying they want an independent commission to look into his disappearance.

“We are sadly and anxiously following the conflicting news regarding the fate of our father after losing contact with him two weeks ago. Our family is traumatized, and yearns to be together during this painful time,” the family said.

NBC News reported Tuesday one possibility for Khashoggi’s disappearance is rogue operatives accidentally killed Khashoggi during an interrogation at the consulate. One source told NBC News the Saudis wanted to give Salman plausible deniability that the killing was done without the knowledge of the royal family.

Khashoggi had gone to the consulate on Oct. 2 to obtain documents needed for his upcoming wedding.

Saudi Arabia dominates the oil markets and has been a key ally in the U.S. War on Terror. The kingdom just placed a large order for U.S.-made military arms, which Trump said he hopes won’t be jeopardized.

Trump warned Saudi leaders, though, of “severe punishment” in the Khashoggi case. Trump said he was told by King Salman in a phone call Monday the royal leader knew nothing about Khashoggi’s disappearance.

Some business leaders are pulling out of the Future Investment Initiative, an economic conference set for next week in Riyadh. U.S. Treasury Secretary Steven Mnuchin said last week he would go, but Trump said Monday a final decision will be made Friday. 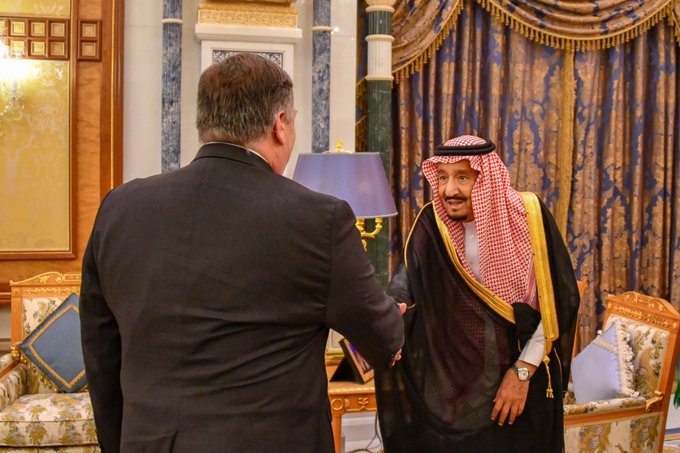