July 9 (UPI) — The Trump administration is working to prevent China from using telecommunications networks to access the private data of American citizens, U.S. Secretary of State Mike Pompeo said Wednesday amid rising concerns over China’s potential maligned use of such technologies to threaten U.S. national security.

In a press briefing in Washington, D.C., Pompeo told reporters the Trump administration is taking steps to prevent China from using international telecommunication networks to access the information of Americans.

“The infrastructure of this next hundred years must be a communications infrastructure that’s based on a Western ideal of private property and protection of private citizens’ information in a transparent way,” he said. “That is not the model that Chinese Communist Party software and hardware companies are engaged in.”

The Trump administration has long warned against using Chinese telecommunication technologies and services, and Pompeo has been lobbying nations against turning to Chinese tech firms to build their emerging fifth-generation wireless networks, stating those companies are connected to the Chinese Communist Party. In late June, the U.S. Federal Communications Commission designated Chinese tech giants Huawei and ZTE as national security threats — companies that Pompeo has described as “Trojan horses for Chinese intelligence.”

Pompeo made the comments on Wednesday after having said two days prior that they were “looking at” banning Chinese-owned smartphone applications but specifically the widely popular TikTok social media app.

The United States’ top diplomat told reporters that he made the comment in this wider, national security context posed by the Chinese Community Party, saying they have been evaluating how best to ensure the private information of Americans is protected as it transits over these interconnected telecommunication networks.

“We are now evaluating each instance where we believe that U.S. citizens’ data that they have on their phones or in their system or in their healthcare records — we want to make sure that the Chinese Communist Party doesn’t have a way to easily access that,” he said. “And so what you’ll see the administration do is take actions that preserve and protect that information and deny the Chinese Communist Party access to the private information that belongs to Americans.”

It is a large project involving partners around the globe where infrastructure crosses Chinese technology that affects the data of Americans, he said.

“So one should think about this as a project of real scale real importance,” he said. “We must get this right.”

Pompeo also applauded U.S. tech giants Facebook, Google and Twitter for pausing requests for user data from Hong Kong authorities after Beijing imposed a draconian national security law on the city, uring other countries to do the same. 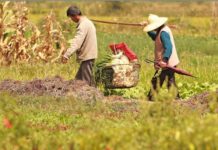 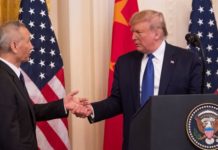