Aug. 9 (UPI) — The U.S. Postal Service dedicated a stamp celebrating the 50th anniversary of the Woodstock Festival on Thursday.

The stamp was issued in an event at the Metropolitan Museum of Art in New York City, commemorating the August 1969 music festival attended by about 500,000 people in the farming community of Bethel, N.Y.

“Woodstock was the most famous rock festival in history,” said Kevin McAdams, vice president of delivery and retail operations for the Postal Service.

“The Postal Service commemorates the 50th anniversary of Woodstock by issuing a festive Forever stamp as we continue to remember the significant events of the ’60s,” McAdams said.

The stamp art features an image of a dove in the style of the original festival poster in front of a rainbow background that reads “Three Days of Peace and Music.”

“It’s an honor and an inspiration to be commemorated by the Postal Service. The USPS Woodstock Forever Stamp is an official acknowledgment of something we have felt for 50 years: Woodstock is forever,” Rosenman said.

Organizers for Woodstock 50, which had been scheduled for Aug. 16-18, said it was canceled last week after last-minute plans to move the anniversary festival from New York to Maryland amid financial and permit issues. 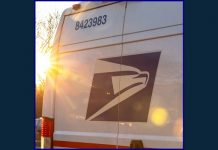 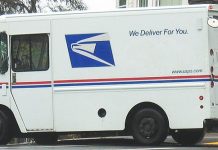 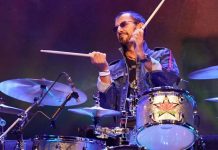