May 13 (UPI) — Prosecutors in Massachusetts recommended a four-month prison sentence for actor Felicity Huffman on Monday after she formally entered her guilty plea in a college admissions scandal, court documents indicate.

Appearing in federal court, Huffman pleaded guilty to one count of conspiracy to commit mail fraud and honest services mail fraud. She was accused of agreeing to pay William “Rick” Singer, the accused mastermind of the scheme, thousands of dollars to help her daughter with her college admissions process.

Assistant U.S. Attorney Eric Rosen recommended the four-month sentence, which was scheduled to be handed down Sept. 13.

Court documents filed in April indicated the Desperate Housewives star and 13 other defendants in the scheme planned to plead guilty. The documents said Huffman paid Singer $15,000 to get her daughter more time to take her SAT test. The actor’s husband, William H. Macy was not charged in the scheme. 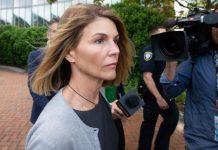 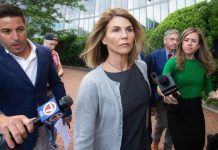