Leonard said the victim had some cuts and was transported to the hospital in good condition.

Gang unit detectives were already in the area and responded to the scene to assist in the investigation, but Leonard said they are not categorizing this incident as gang-related.

The motive for the stabbing wasn’t known, and police don’t yet have a description of the suspects, but Leonard said officers were talking to people in the neighborhood to see if anyone had witnessed the attack. 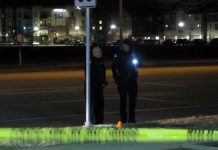 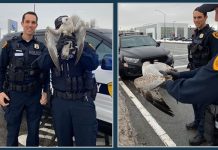