WASHINGTON, Oct. 17 (UPI) — A former vice chairman of the Joint Chiefs of Staff pleaded guilty Monday to lying to the Federal Bureau of Investigation about discussing top secret information with reporters.

Although he was not the original source of information, Cartwright admitted he’d discussed the classified information with reporters after they’d published stories — with his goal to prevent the publication of information that could harm national security.

Cartwright will be sentenced next year and faces the possibility of a fine, probation and up to six months in jail, though a judge could give him a more harsh sentence.

“It was wrong for me to mislead the FBI on Nov. 2, 2012, and I accept full responsibility for this,” Cartwright said in a statement. “I knew I was not the source of the story and I didn’t want to be blamed for the leak. My only goal in talking to the reporters was to protect American interests and lives; I love my country and continue to this day to do everything I can to defend it.”

Before retiring in 2011, Cartwright had served as vice chairman of the Joint Chiefs of Staff since 2007, and was considered a close adviser to President Obama and was even referred to as his “favorite general.”

After accusations the Obama administration had intentionally leaked information to bolster the president’s image on national security issues during his 2012 re-election campaign, an investigation by the U.S. Justice Department focused on Cartwright’s contact with reporters.

Cartwright was accused of lying to FBI investigators about conversations with two reporters, David Sanger of The New York Times and Daniel Klaidman, who was reporting for Newsweek at the time.

Sanger wrote a book and several articles about a computer virus that disabled part of one of Iran’s nuclear facilities, which reporters eventually tracked back to the actions of the U.S. government. Sanger’s reporting included classified information provided to him by anonymous sources within the government.

Klaidman reported on the Obama administration’s actions against the Iranian nuclear program, including in his story references to a conversation between Cartwright and President Barack Obama in 2009 related to efforts to sabotage the nuclear program.

Cartwright was also accused of confirming “certain classified information” by email for Klaidman in 2012. 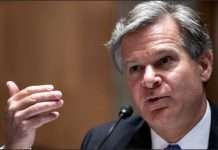