Ionov allegedly operated with support from the Russian government, reporting to the spy agency FSB, while he influenced political groups in California, Florida and Georgia.

The indictment, filed Tuesday, says Ionov most recently used his influence with an unnamed political group in Florida to push discredited conspiracy theories linking supporters of Ukraine to Nazism.

Prosecutors say Ionov also backed a group attempting to promote California’s secession from the United States, and in another instance funded cross-country travel for a group of activists targeting a social media company that censored pro-Russia conspiracy theorists.

Ionov became so familiar with the players in America’s elections, at some point he even referred to someone as the candidate “whom we supervise” in a cable to his handlers at the FSB.

In court papers, Ionov is said to self-describe his shadow work as generating “turmoil” to support Russia in the “information war unleashed” by the West.

“The department is committed to ensuring U.S. laws protecting transparency in the electoral process and the political system are not undermined through foreign malign influence,” Polite said.

Ionov faces five years in federal prison on charges of conspiring to have U.S. citizens act as illegal agents of the Russian government.

“The impact of Russian malign foreign influence cannot be overstated,” FBI Assistant Director Luis Quesada said in a statement. “The FBI will aggressively pursue any foreign government that attempts to divide American citizens and poison our democratic process.” 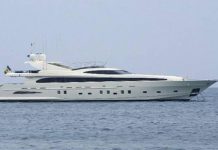 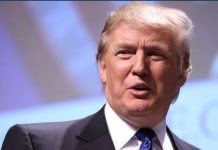 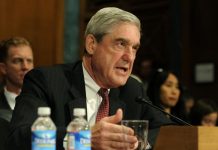