NIZHNY NOVGOROD, Russia, Aug. 14 (UPI) — Russian supermodel Natalia Vodianova garnered considerable media attention this week after raising awareness about cruelty toward the disadvantaged. Her autistic sister was kicked out of a cafe in Nizhny Novgorod unnecessarily as the owner allegedly accused her of scaring customers away.

The model wrote on Facebook Wednesday that her 27-year-old sister Oksana has been diagnosed with autism and cerebral palsy. She and her caretaker stopped at the cafe the previous day to get respite from the heat, as described via Radio Free Europe.

The cafe’s owner apparently then approached the two women and told them: “Why don’t you leave? You’re scaring away all of our customers. Go get medical help for you and your child. And then go out in public.”

Vodianova has been the face of Calvin Klein campaigns and has modeled for Givenchy and Stella McCartney.

Russia’s investigative committee opened a criminal case into violation of human dignity with the threat of violence, which carries a maximum jail term of five years, The Guardian reported. It called the cafe’s alleged actions “an outrageous incident.”

A security guard even reportedly threatened to commit them to a psychiatric institution after Vodianova’s sister and caretaker refused to leave the cafe, Vodianova described.

The supermodel has been an advocate for the rights of disabled people and launched the Naked Heart Foundation in 2004 to support special needs and underprivileged children in Russia.

The 33-year-old model also served as an ambassador for the 2014 Paralympic Games in Sochi.

“What happened to my sister Oksana … is not an isolated case. This is unfortunately the reality all families raising children with special needs experience,” Vodianova wrote. “It’s difficult for me to talk about this, but I understand that this is an alarm bell for society that must be heard.”

Woman with cerebral palsy drowns in bathtub in Logan 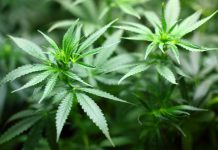 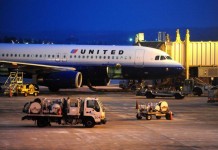