WASHINGTON, Dec. 12 (UPI) — It was a foregone conclusion that New Jersey Gov. Chris Christie would take a position in President-elect Donald Trump‘s administration, but weeks after he announced he’d finish his term as governor it appears Christie turned down several offers from the incoming president.

The longtime friend and supporter of Trump reportedly turned down roles that included running the departments of Homeland Security or Veterans Affairs, as well as several positions advising the president, after Christie did not receive an offer to be attorney general.

Christie has in recent weeks told reporters several times that he has intended to finish his term as governor since saying so when he dropped out of the presidential race and endorsed Trump, despite speculation before and after Trump won the election that he would leap at a position in the White House.

“You don’t ever look at the president — at least I don’t — look at a president of the United States and say to them, ‘under no circumstances will I consider anything you ask me to do,'” Christie said in a radio interview on Nov. 21. “But I think the president-elect understands that I feel like I’ve got an obligation here in the state to complete the term I was elected to.”

Christie quickly endorsed Trump in February after dropping out of the Republican presidential primary and was named chairman of his transition team in May.

While Christie was rumored to be in the running for either the vice president slot or be nominated as attorney general if Trump was elected, and later was linked to chairmanship of the Republican National Committee, he has insisted he decided just after the election not to join the administration.

There were rumors Christie lost favor with Trump and his top advisers during the Bridgegate trial, though Christie and the transition team have insisted this is untrue — Christie called the rumors “crap” — and reiterated that he wants to serve out his term in New Jersey.

“I’ve been really clear about this since I endorsed Donald back in February that I had every intention then and I have every intention and belief now, as I said in Atlantic City last week, that I’m going to fulfill my term,” Christie has said. “And I don’t know why, when I continue to say it, people don’t believe it. But I’ve been saying it all along.” 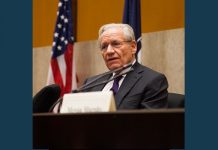 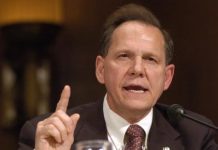