An attorney for the Southern Baptist Convention’s executive committee announced its decision to release the list during a virtual meeting, where top leaders promised to change the culture and listen to survivors.

“Despite collecting these reports for more than 10 years, there is no indication that Boto or anyone else, took any action to ensure that the accused ministers were no longer in positions of power at SBC churches,” the GuidePost report said.

The most recent list prepared by a staff member contained the names of 703 abusers, with 409 believed to be affiliated with the Southern Baptist Convention at some point in time.

“Their main concern was avoiding any potential liability for the SBC. As this report documents, those who reported abuse were often ignored or told that the SBC had no power to take action,” the report reads.

Former president of the convention Jack Graham of Prestonwood Baptist Church near Dallas allegedly allowed a church leader accused of abusing young boys in 1989 to be dismissed without alerting police.

And another former convention president Steve Gaines admitted to investigators he delayed reporting a pastor’s prior sexual abuse of a child out of “heartfelt concern and compassion for the minister.”

Investigators said the SBC used its communications arm, the Baptist Press, to “portray survivors in an unflattering light and mischaracterize allegations of abuse.”

The report also uncovered church resistance to reform initiatives, that included turning down the opportunity to hold a sexual abuse education conference in 2014.

“We grieve for what has been revealed in this report. We lament on behalf of survivors for how they have not been protected and cared for as they deserve and as God demands,” the SBC said in a statement.

The Southern Baptist Convention said it would call for reform initiatives for a period of three years during its next meeting in June.

“With broken hearts, we want to lead the way by publicly repenting for what has happened in our convention. We implore our Southern Baptist family to respond to this report with deep repentance and a commitment to the ongoing moral demands of the gospel as it relates to sexual abuse.” 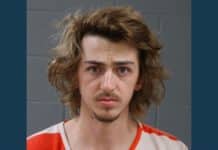