Oct. 11 (UPI) — Southwest Airlines canceled more than 1,000 flights on Sunday in the second consecutive day of mass cancellations from the airline.

Southwest canceled 1,044 flights, representing 28% of its scheduled operations for the day, while also reporting 714 delays as of 6 p.m. Sunday evening, according to airline tracker FlightAware. The cancellations came after the airline canceled 808 flights on Saturday, representing about a quarter of its daily operations.

In a statement Saturday, Southwest said air traffic control issues and “disruptive weather” resulted in a “high volume of cancellations.”

“We’ve continued diligent work throughout the weekend to reset our operation with a focus on getting aircraft and crews repositioned to take care of our customers,” Southwest said in a follow-up statement on Sunday.

The Federal Aviation Administration said there have not been any air traffic related cancellations since Friday and that airlines are experiencing delays due to aircraft and crews being out of place.

“Flight delays and cancellations occurred for a few hours Friday afternoon due to widespread severe weather, military training and limited staffing in one area of the Jacksonville Air Route Traffic Control Center,” the FAA said.

Other major airlines did not appear to be severely impacted by the issues, with American Airlines and Spirit Airlines both canceling only 2% of flights.

The Southwest issues come as the airline has instituted a vaccine mandate for employees but the Southwest Airlines Pilots Association, the union representing the company’s pilots, issued a statement saying it was aware of the operational issues but could “say with confidence that our pilots are not participating in any official or unofficial job actions.”

“Our pilots will continue to overcome SWA management’s poor planning, as well as any external operational challenges and remain the most productive pilots in the world,” the union said. “SWAPA pilots are true professionals and will always maintain the highest level of responsibility to their crews, their passengers, and our airline.” 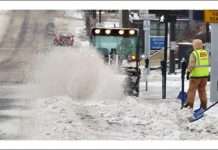 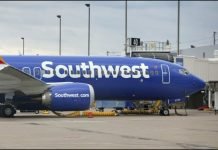