It was the first time the military used the world’s most powerful rocket, the first nighttime launch for the Falcon Heavy and the first time such a government mission used two SpaceX boosters that have been flown before.

The space company also made history by catching one half of the rocket nose cone — or fairing — in a net on a fishing boat at sea, as the fairings fell out of the sky. The other half fell into the ocean nearby. Catching the fairings is part of SpaceX’s reusability strategy.

The rocket’s twin boosters flew back to landing pads at Cape Canaveral, providing a never-before-seen nighttime spectacle, and creating sonic booms in the wee hours of the night. The center core booster failed to make its landing on a barge in the Atlantic Ocean.

The rocket originally was scheduled to lift off at 11:30 p.m., but launch directors set that back to 2:30 a.m. Tuesday to conduct “additional ground system checkouts.”

SpaceX founder Elon Musk had called it the most challenging launch ever for SpaceX. The rocket was to release the satellites in three different orbits over a period of hours.

The satellites will orbit Earth near the equator, taking measurements of the tropics and subtropics, and monitoring the ionosphere for the effects of solar storms.

According to the National Oceanic and Atmospheric Administration, the new satellites could improve accuracy of weather forecasts up to four days in advance. They will “collect water vapor data that will help meteorologists observe, study and forecast hurricanes and other severe storms.”

In addition to NOAA, the satellites are to be operated by the Defense Department and NASA. Some are intended to conduct space environmental monitoring, communications and advanced space technologies. The Green Propellant Infusion Mission will test a less toxic, more efficient fuel that could replace highly toxic hydrazine, and there’s also advanced atomic clock for navigation improvements on board.

Another government satellite on board will research technologies to improve spacecraft operation in the harsh radiation environment of medium-Earth orbit. 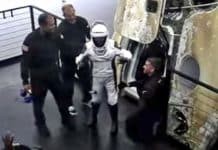 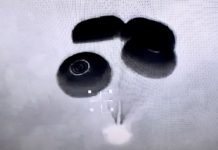