Jan. 28 (UPI) — The Standing Rock Sioux tribe will no longer act as a cooperating agency for an environmental study of the Dakota Access Pipeline, its chairwoman announced Thursday, citing insufficient emergency response plans to a potential oil spill.

Tribal leaders are concerned the pipeline’s operator, Energy Transfer, wouldn’t be able to get the necessary containment equipment to a potential spill site.

“If an oil spill were to occur today, the plans submitted for remediation at Lake Oahe probably couldn’t be implemented,” Alkire said. “Equipment required for the containment of a spill, even if deployed in a timely manner, could not reach the response zone.”

According to Doug Crow Ghost, administrator of the tribe’s Water Resources Department, the existing plans to address a spill fail to take into account the lake’s fluctuating water levels. He said Lake Oahe is 12 feet lower than it was two years ago.

An emergency planning consultant for the tribe, Don Holstrom, formerly served as director of the U.S. Chemical Safety Board’s Denver office. According to Holstrom, Energy Transfer’s plans for Lake Oahe are inadequate and inconsistent with the company’s own protocols.

“Spill response under adverse conditions such as a low Lake Oahe water level or the harsh winter environment of North Dakota, including an oil spill under ice, are seriously lacking,” Holstrom said.

The tribe also pointed to a lack of transparency, stating that its Tribal Emergency Response Commission has never seen a full copy of the pipeline’s current emergency plan.

The embattled Dakota Access project has for years been the subject of intense protest from environmentalist groups and members of Native American communities, including the Standing Rock Sioux tribe. Opponents warn that an oil spill would be catastrophic for the land and the people who live on it.

The Army Corps of Engineers was ordered by a federal court to conduct another Environmental Impact Study on the project in 2020 after the first EIS was found to be inadequate. Alkire’s announcement means that the tribe won’t cooperate with that second study any longer.

Neither Energy Transfer nor the Corps has publicly responded to the tribe’s decision as of Thursday evening. 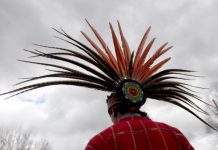 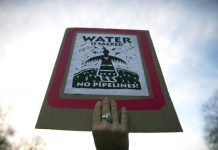 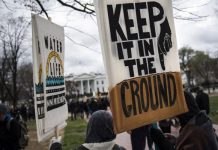