WASHINGTON, Dec. 31 (UPI) — The U.S. Department of State said Thursday that it won’t be able to meet this month’s court-ordered deadline to release nearly 8,500 additional pages of emails Hillary Clinton authored while she headed the nation’s top diplomatic office.

About 80 percent of all non-classified and releasable emails that Clinton wrote as secretary of state were ordered released by the end of Thursday. The department said, though, that will not happen.

“We have worked diligently to come as close to the goal as possible, but with the large number of documents involved and the holiday schedule we have not met the goal this month. To narrow that gap, the State Department will make another production of former Secretary Clinton’s email sometime next week,” the department said in a statement Thursday.

The department said it would release an additional 5,500 pages of emails by the end of Thursday — about 3,000 shy of the court-ordered number.

Earlier this year, the cabinet-level department was ordered by a judge to release thousands of messages every month to comply with a Freedom of Information Act request into Clinton’s use of a private email account during her time as State chief. In all, there are about 54,000 pages of emails that the 2016 Democratic presidential candidate turned over to the State Department last year.

One hundred percent of the releasable emails authored by Clinton during her tenure from 2009 to 2013 have been ordered released by Jan. 29. State officials did not specify Thursday whether December’s lapse would affect that target date.

Due to their rush in trying to meet the New Year’s Eve deadline, State officials said the electronic correspondence released Thursday won’t contain completed data fields — which means they will be less searchable on the FOIA website, where each month’s release has been posted. Officials said the missing fields, though, will be filled-in next month.

Politico reported Thursday that State officials will likely have to meet with the judge in the case to explain the missed deadline.

December will mark the second time in the matter that the State Department fell short of disclosing the required number of emails, having also missed July’s benchmark.

Department officials have struggled to keep pace with the court’s schedule due to staff limitations and the sheer volume of emails that need to be screened and redacted for sensitive content. Of all the messages released so far, nearly a thousand have been deemed classified.

The Federal Bureau of Investigation has also been leading a probe into the matter and courts have further ordered the release of emails from Clinton’s top aides, as well.

Clinton has repeatedly maintained that she sent no classified information from her private account while secretary of state.

Defense Secretary Ashton B. Carter revealed earlier this month that he also sent at least 72 government-related emails from a private account in April to his chief of staff, Eric Fanning, just weeks after he took over as Pentagon chief.

It wasn’t intially known how many emails Carter sent from his private account, but the matter appears to be headed for a review by the Senate Armed Services Committee.

“That I shouldn’t have been doing,” Carter said Dec. 17. “Particularly someone in my position, and with the sensitivities about this issue, should have known better.”

President Barack Obama signed a law last year making it illegal for federal officials to use private email accounts unless they are forwarded or copied into a secure government account within 20 days. 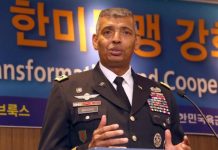 U.S. Forces Korea: Credible military capabilities should back up diplomacy 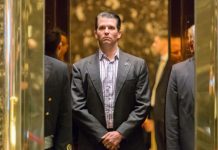 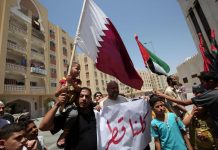