March 13 (UPI) — A strike at two of Berlin’s airports was extended to Wednesday, the striking union announced Monday, with nearly 650 flights already canceled.

Verdi, the airport service workers union, is demanding higher wages for its 2,000 baggage handlers and passenger service employees. It seeks a one-year agreement that includes an incremental raise for its members from $11.74 per hour to $12.80 per hour. Lower offers from management were rejected by the union.

The two affected airports said in a joint statement that 448 flights were canceled at Tegel and 194 at Schoenfeld airports, with more cancellations expected.

The strike began Monday and was to end Tuesday before the extension was announced. It affects carriers Lufthansa, Air Berlin, British Airways, Easyjet and Ryanair. The union extended the strike in a statement Monday. The work stoppage has effectively grounded all passenger flights to and from Berlin.

Union employees walked out twice in February as negotiations continued. 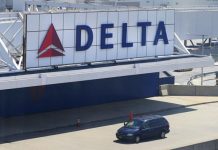 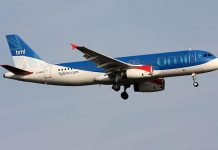 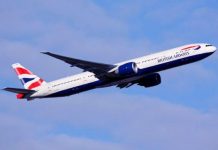