April 23 (UPI) — Students at the University of California at Berkeley are preparing to sue the school after the cancellation of conservative pundit Ann Coulter‘s speech, which was originally scheduled for Thursday.

On Wednesday, school officials informed the Berkeley College Republicans and the nonpartisan Bridge USA, which coordinated the event, they had decided to cancel the event because of security concerns. Instead, the afternoon of May 2 was offered as an “appropriate, protectable venue” at the public university, but Coulter said she wasn’t available on that date.

“We are drafting a lawsuit and hope that Berkeley will do the right thing in the face of national pressure,” Harmeet Dhillon told the East Bay Times on Saturday. “It’s pretty clear. There is a First Amendment right of student groups to have equal access to university facilities. The university can’t impose artificial discriminatory rules on differing viewpoints that it doesn’t impose on other viewpoints.”

On Friday, Dhillon wrote separate letters to UC Berkeley’s Interim Vice Chancellor Stephen Sutton and chief attorney Christopher Patti. If the commentator is not allowed to give a speech Thursday, she warned, Dhillon said she would file a lawsuit in federal court on behalf of the student group. The students’ constitutional right to free speech are being violated, she claimed.

“It is a sad day indeed when the birthplace of the free speech movement, is morphing before our eyes into the cemetery of free speech on college campuses,” Dhillon wrote to Patti. “Should the university choose to reconsider its decision to bar Ms. Coulter from speaking in a similar time, place, venue, and level of accessibility to students able to hear her speak, as it affords speakers with favored voices, we will be pleased to suspend our lawsuit preparation and work with you to finalize the venue and time of her speech on April 27 as planned, and for which there are available venues. If we do not hear from you, we expect to file suit shortly and seek interim relief soon thereafter.”

Police have “very specific intelligence regarding threats that could pose a grave danger to the speaker,” her audience and protesters, Chancellor Nicholas B. Dirks earlier said.

The alternative date of May 2 is a “dead week” when students are studying for final exams.

“The university’s transparently insincere offer to permit Ms. Coulter to speak during a two-hour window of time on May 2 when the students who invited her will not be in class and will instead by studying for finals, and when Ms. Coulter will no longer be in the area, is not a suitable alternative. Indeed — it does not even pass the proverbial ‘smell test’ of credibility, and we hereby reject it,” Dhillon wrote in a separate letter to Sutton.

Coulter told Fox News’ Hannity on Thursday night: “You cannot impose arbitrary and harassing restrictions on the exercise of a constitutional right. None of this has to do with security.”

Far-right and far-left protesters have clashed at Berkeley in recent months.

Dhillon wrote in her letter to Patti: “Despite six weeks of notice that a famous author would be coming to Berkeley to speak, and that the students sponsoring her wanted to know about security arrangements and venues where they could accommodate ticketed guests, and more than a full four weeks after learning of a confirmed date, desired time, and two desired venues for the event, your administration played a shell game with the two student groups.” 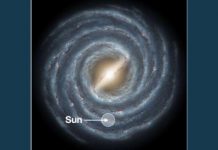 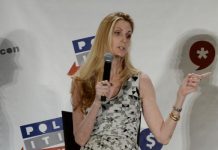 Ann Coulter cancels Berkeley speech after sponsors back out