April 26 (UPI) — Advocacy group Amnesty International and a British nonprofit said in a new study Thursday the U.S.-backed military coalition in Syria killed more than 1,600 civilians in the onetime terror stronghold of Raqqa during fighting in 2017.

The study is based on a two-year inquiry Amnesty and London-based Airwars called “the most comprehensive investigation into civilian deaths in modern warfare.” It documented deaths that were a direct result of coalition airstrikes and artillery during the Raqqa campaign from June to October 2017. Raqqa served as the Islamic State’s de facto Syrian capital before Kurdish Syrian Democratic Forces, aided by the alliance, took control after a bloody offensive.

“Thousands of civilians were killed or injured in the U.S.-led coalition’s offensive to rid Raqqa of (the Islamic State), whose snipers and mines had turned the city into a death trap,” Donatella Rovera, senior crisis response adviser at Amnesty International, said in a statement.

“Many of the air bombardments were inaccurate and tens of thousands of artillery strikes were indiscriminate, so it is no surprise they killed and injured many hundreds of civilians.”

“The coalition needs to fully investigate what went wrong at Raqqa and learn from those lessons, to prevent inflicting such tremendous suffering on civilians caught in future military operations,” said Airwars Director Chris Woods.

Amnesty and Airwars said researchers examined open-source evidence in real time and after the battle, including social media posts and other material. They also conducted hundreds of interviews.

The organizations said it gathered names of those who died and directly identified 641. Amnesty said many deaths violated international humanitarian law and warrant more review.

“Any unintentional loss of life during the defeat of [the Islamic State] is tragic,” Col. Scott Rawlinson, a coalition spokesman, said in a report by CNN. “However, it must be balanced against the risk of enabling [the IS] to continue terrorist activities, causing pain and suffering to anyone they choose. The coalition takes all reasonable measures to minimize civilian casualties.”

Rawlinson said there were 318 civilian deaths between 2014-and 2017, according to records kept by the coalition. Amnesty International said it provided the alliance with 86 new cases of civilian deaths, but Rawlings said 43 had already been reviewed. 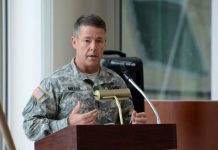 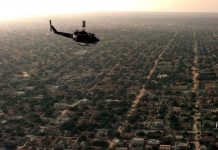