March 5 (UPI) — The Supreme Court declined Monday to hear an appeal by Gage County to have a $28.1 million judgment overturned in connection to a 1985 murder.

The court refused to listen to the Nebraska county’s last-ditch appeal of a 2016 federal court ruling that ordered payment to six people for having spent more than a collective 70 years in prison for a murder they did not commit, the Omaha World-Herald reported.

The “Beatrice Six” spent years in prison for the 1985 rape and murder of Beatrice resident Helen Wilson, 68.

State prosecutors said in 2008 the six people did not commit the crime following DNA testing of evidence from the crime scene that linked the murder to Bruce Allen Smith, who died in an Oklahoma prison in 1992 from AIDS, the Lincoln Journal Star reported.

The county had tried to argue in its appeal that the sheriff’s investigators shouldn’t be judged based on what is known now.

The county must make its first payments in May to Kathy Gonzales, Thomas Winslow, James Dean, Debra Shelden, Ada JoAnn Taylor and the estate of Joseph White.

Jeff Patterson, the attorney for four of the sick plaintiffs, said the Supreme Court’s decision will bring to an end a very long, tragic process.

“We think that this should put an end to litigation that began in 2008,” he said. “It’s been a very, very long process. My clients are very, very relieved.”

Nebraska Sen. Myron Dorn said that he knew the appeal was a long shot but they had to try.

“It was one of those things that until you’ve exhausted every avenue, you felt you hadn’t done your due diligence,” he said.

Last September, Gage County raised the housing tax levy to the maximum allowable amount of 50 cents for $100 of valuation, and Dorn has submitted three legislative bills to help the country make the payments.

“The only option left is paying on it,” Dorn said. 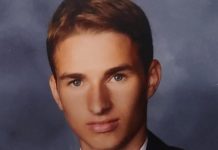