In the test, conducted on June 22, the missiles were launched from a trailer pulled by a BvS 10 all-terrain amphibious armored vehicle, known as a Bandvagn 410. The vehicle consists of two tracked units, one carrying a crew of four, and the other carrying four missiles.

The RBS 98, officially the Robotsystem 98, was designed to replace the U.S.-made AIM-9 Sidewinder missile, and can engage a target at altitudes up to 12.5 miles.

The missiles are equipped with a global positioning system and inertial navigation system technology for autonomous navigation, officials said. Target data from the missile are sent by radio link from external radar, and high-precision passive infrared seekers are incorporated to provide missile guidance and high target accuracy.

“I can’t help but be pleased with the result,” Lt. Col. Thomas Wessman, deputy chief of the Swedish Air Defense Regiment, said after the test. “The new system gives us increased operational effect with the air defense units and gives us even better opportunity to fight a modern opponent.” 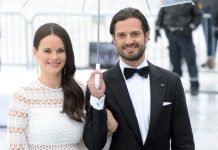 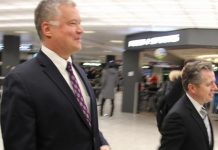