Jan. 9 (UPI) — Helicopters airlifted stranded travelers from the Swiss resort of Zermatt after 13,000 tourists were trapped in the village for two days over avalanche risks.

Rescue workers transported 100 of the neediest trapped people per hour to the nearby village of Täsch, officials said. However, resort spokeswoman Janine Imesch said those who remain don’t face imminent risks.

“Everything is normal, everything is under control,” Imesch told the Guardian. “People are enjoying the snow, going shopping, eating and drinking. The atmosphere is relaxed and comfortable. No one can go skiing or hiking, but it’s quiet, even a little bit romantic.”

However, officials in northern Italy have raised their avalanche warning to alert level five, signaling the strong possibility of snow slides near the resort.

Italian environmental agency Arpa said the risk of an avalanche in the northwestern mountains is “very strong.”

There has been enough snowfall lately to make some of the slopes very unstable, the agency said. Authorities warned of “possible spontaneous avalanches of medium and large dimensions that could impact roads or infrastructure in the valleys below.”

Officials said the danger will continue through Tuesday, but lower humidity levels should help to reduce any subsequent threats.

On Monday, roads to the ski resorts of Cervinia and Cogne, both in Valle d’Aosta to the northwest of Piedmont, were closed due to avalanche concerns. No injuries were reported in the avalanche that isolated Cogne.

Two skiers, an 11-year-old German girl and her mother, were killed in an avalanche last week in Val Venosta, in the northern region of Alto Adige.

Also, a British snowboarder is missing in the French Alps after going out alone for a run.

Emergency workers said the weather and the avalanche risk was too high to send out search parties yet and helicopters cannot fly out due to reduced visibility. 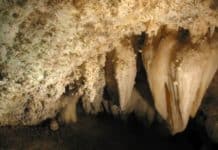 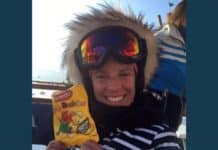 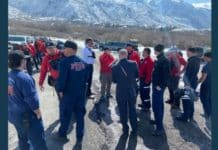