Trump wrote in the letter sent to Congress that Linick “no longer” had his “fullest confidence” and he would be removed from the post in 30 days.

Linick had previously been critical of State Department personnel moves.

House foreign affairs committee Chairman Eliot Engel said in a statement that the firing came specifically after Linick “had opened an investigation into Secretary of State [Mike] Pompeo.”

“This firing is the outrageous act of a president trying to protect one of his most loyal supporters, the Secretary of State, from accountability,” Engel said in the statement. “Mr. Linick’s firing amid such a probe strongly suggests that this is an unlawful act of retaliation.”

Linick, a 2013 Obama appointee, will be replaced by Stephen Akard, a State Department spokesperson said. The move comes after a series of firings and replacements of federal watchdogs.

“The president believes he is above the law,” Engel said in a statement. “As he systematically removes the official independent watchdogs from the executive branch, the work of the Committee on Foreign Affairs becomes that much more critical. In the days ahead, I will be looking into this matter in greater detail, and I will press the State Department for answers.”

“I thank Mr. Linick for his distinguished service,” he added.

Earlier this month Trump moved to replace another watchdog in the Department of Health and Human Services.

Trump removed Christi Grimm as principal inspector after her office issued a report in April, finding “severe shortages” of coronavirus testing kits, frequent testing delays of seven days or longer, along with “widespread shortages” of proper protective equipment in hospitals.

The White House said in an announcement that Trump intends to nominate Jason Weida, an assistant U.S. attorney in Boston since 2016, to permanently take the inspector general post in the HHS, which Grimm has occupied in an acting capacity since January.

Last month, Trump fired intelligence community Inspector General Michael Atkinson who was at the center of his impeachment. Atkinson told lawmakers about the whistle-blower complaint that led to the impeachment inquiry. The House voted to impeach Trump on Dec. 18, but the majority of the Senate voted to acquit him in February.

In April, Trump also removed Glenn Fine from his Pentagon job, disqualifying him from serving as a watchdog on the new Pandemic Response Accountability Committee. The committee was designed to provide oversight on how the money from the more than $2 trillion coronavirus relief bill was spent.

Pelosi said in a statement there has been a “dangerous pattern of retaliation,” against watchdogs. 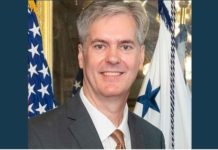 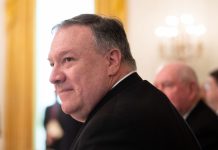 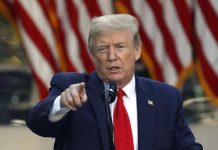 House committee launches probe of Trump’s halting of WHO funds