Azar was president of Lilly USA, the largest affiliate of Eli Lilly & Co., until January. He was also HHS general counsel in former President George W. Bush‘s administration from 2001 to 2005.

Trump made the announcement on Twitter, saying Azar “will be a star for better healthcare and lower drug prices.”

Azar’s Senate confirmation could be difficult, with the chamber’s 48 Democrats unlikely to approve a candidate who supports dismantling the Affordable Care Act.

Democrats have also sought greater transparency in setting drug prices from pharmaceutical executives. In an October letter to Trump, Sens. Ron Wydenand Patty Murray outlined 51 priorities for the next HHS secretary — some of which conflict with Trump’s agenda.

Azar’s nomination comes a little more than a month after the resignation of HHS Secretary Tom Price. The former Georgia congressman resigned Sept. 29 over a scandal involving his use of private aircraft for government business.

Alex Azar: ‘Window is closing’ for U.S. to control pandemic 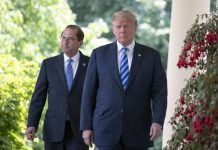 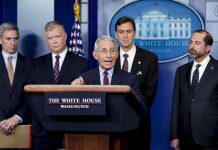