Nov. 2 (UPI) — Sam Clovis, a former campaign aide to President Donald Trump, withdrew his name from consideration to be the chief scientist for the U.S. Department of Agriculture.

In a letter to the president Wednesday, Clovis expressed appreciation for the nomination and wrote it “saddens” him that circumstances won’t allow for him to take the post.

Clovis has come under fire recently for both a lack of scientific credentials and his role in supervising George Papadopoulos — another former campaign adviser to Trump, who admitted to lying to the FBI in the Justice Department’s Russia investigation.

“The political climate inside Washington has made it impossible for me to receive balanced and fair consideration for this position,” Clovis wrote in his letter. “The relentless assaults on you and your team seem to be a blood sport.”

Clovis said that assaults on the Trump administration “only increase in intensity each day” and added he didn’t “want to be a distraction or a negative influence.”

White House press secretary Sarah Sanders said earlier this week she wasn’t aware of any change that needed to be made to Trump’s nomination. Thursday, she said the White House “respects Mr. Clovis’ decision to withdraw.”

The Justice Department disclosed earlier this week that Papadopoulos had secretly pleaded guilty to making false statements to the FBI about interactions with Russians linked to the Kremlin — as part of special counsel Robert Mueller‘s investigation into potential Russian interference in the 2016 election.

Though he is withdrawing from consideration, Clovis said he plans to “remain a devoted and loyal supporter” to Trump. 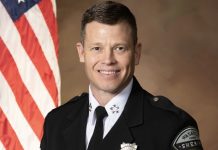