An undisclosed number of B-52s from Barksdale Air Force Base in Louisiana landed at Al Udeid Air Base in Qatar on Saturday, according to the U.S. Air Forces Central Command.

“The B-52 will provide the coalition continued precision and deliver desired airpower effects,” Lt. Gen. Charles Q. Brown Jr. said. “As a multi-role platform, the B-52 offers diverse capabilities including delivery of precision weapons and the flexibility and endurance needed to support the combatant commanders’ priorities and strengthen the coalition team.”

B-52s are described as “a long-range heavy bomber that can perform a variety of missions” and have not been deployed since Operation Desert Storm 26 years ago.

“The B-52 demonstrates our continued resolve to apply persistent pressure on [the IS] and defend the region in any future contingency”, Brown said. The militant group is also known as ISIL, ISIS and Daesh.

According to Air Force Times, the Air Force suggested B-52s would replace B-1 Lancer aircrafts during a briefing on March 7.

“There have been recent infrastructure improvements that now allow the necessary support to deploy the B-52 in theater,” Air Force Secretary Deborah Lee James said.

Air Force officials said the military is focusing on modernizing the B-52s to keep the aircrafts flying through 2040. 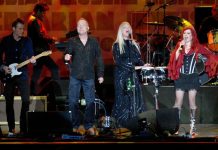 The B-52s to embark on 40th anniversary tour, to include Salt Lake City 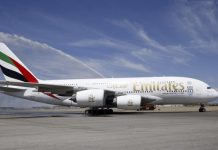