The Department of Defense reports that the most recent strikes took place on Nov. 24 and 25, and the results of the strikes are based on initial reports.

A strike, as defined by the coalition, refers to one or more kinetic engagements that occur in roughly the same geographic location to produce a single or cumulative effect.

Abu Kamal was recaptured by Syrian Arab Army and Hezbollah — Lebanese paramilitary — and backed by both U.S. Russian and airstrikes. Abu Kamal was the last major Syrian city under Islamic State control on the Syria-Iraq border.

As the downfall of the Islamic State continues in Iraq and Syria, the U.S. military has shifted its focus and substantially increased the number of airstrikes conducted in Afghanistan.

The U.S. Air Force Central Command, which has command jurisdiction over U.S. aircraft in Afghanistan, dropped 653 munitions on Taliban and ISIS-affiliates targets during the month of October, a surge from only 203 strikes in the same month last year under the Obama administration.

The combined airstrike operations were on seven Taliban drug labs and one command-and-control node in northern Helmand province, NATO officials said. Three of those strikes were in the Kajaki district, four in Musa Qalah and one in Sangin, key terrain the Taliban has historically used to grow massive poppy fields and produce large quantities of heroin.

The strikes were the first major use of authority granted Aug. 21 by President Donald Trump to target the Taliban’s revenue stream, officials said, adding that insurgents generate an estimated $200 million a year from poppy cultivation and opium production, which is 60 percent of the militants’ income.

Opium production in Afghanistan has reached a record high of 810,000 acres this year — up 87 percent from last year, the Afghan Ministry of Counter-Narcotics and the U.N. Office on Drugs and Crime reported last week.

The production, worth $1.39 billion, is roughly 7 percent of Afghanistan’s estimated gross domestic product, according to the report. 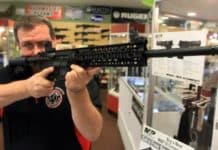