A U.S. official told Politico that Russia has placed a group of operatives trained in urban warfare in eastern Ukraine.

The group may carry out acts of sabotage against Russian proxy forces, giving the Kremlin an excuse to send the 100,000 troops stationed outside of Ukraine into the country, the U.S. alleges.

The planned false-flag operation will occur weeks before a potential invasion, according to officials.

Russia is laying groundwork to fabricate the attack, National Security Adviser Jake Sullivan hinted during a briefing on Thursday.

The Ukrainian Defense Ministry said on Friday that Russian military units were preparing for provocations in an attempt to frame Ukraine.

The news comes after diplomatic meetings between Russia and western officials failed to reach agreements.

Russia didn’t commit to de-escalating the massive amount of troops along Ukraine’s border and demanded NATO to never let Ukraine into the alliance. 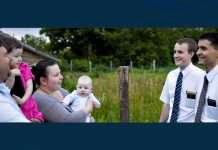