March 3 (UPI) — The federal government is not prepared to address threats posed by the increased adoption of artificial intelligence, according to a new report from the The National Security Commission on Artificial Intelligence.

The report recommends that the United States invest $40 billion in AI research to keep up with adversaries including China and Russia in the AI field, and set a goal of becoming “AI-ready” by 2025.

“This is not a time for abstract criticism of industrial policy or fears of deficit spending to stand in the way of progress. In 1956, President Dwight Eisenhower, a fiscally conservative Republican, worked with a Democratic Congress to commit $10 billion to build the Interstate Highway System. That is $96 billion in today’s world,” the report says. “Surely we can make a similar investment in the nation’s future.”

The report argues that the United States is currently ahead, falling behind in guarding against the increased use of foreign powers to spread disinformation online and launch cyberattacks.

The commissioners also wrote that this is not the time for “incremental toggles to federal research budgets or adding a few new positions in the Pentagon for Silicon Valley technologists.”

The report does propose the creation of a Technology Competitiveness Council within the White House to be chaired by the vice president as well as a Steering Committee on Emerging Technology within the Defense Department to coordinate and advance implementation of technology.

It also urges President Joe Biden to reject calls for a global ban on AI-powered autonomous weapons, saying that China and Russia are unlikely to keep to any treaty they sign.

The commission was established as part of the 2019 National Defense Authorization Act and the majority of its members — who include representatives from Google, Microsoft, Amazon Web Services and Oracle — were appointed by Congress. 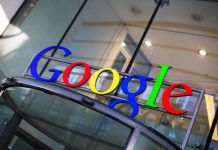 Google pledges to not use AI for military weapons, surveillance 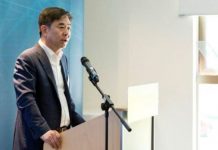 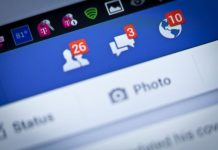 Facebook allows users to search for what’s in photos