According to Villanueva, Woods, 45, was headed downhill “going at a relatively greater speed than normal” when he crossed the median of the winding, divided highway, causing his SUV to leave the roadway and tumble down a steep embankment before coming to rest on its side.

First responders found the severely injured Woods trapped inside the heavily damaged 2021 Genesis SUV, Villanueva said, although he was “able to communicate and conscious” when help arrived.

L.A. County Fire Chief Osby told reporters that rescuers used a pry bar and an axe to remove the SUV’s windshield in order to free Woods. The L.A. Sheriff’s Department had previously reported “the jaws of life'” had to be used to remove Woods from the car.

Woods “was not able to stand on his own power” after being freed from the wreckage, Osby said, and was taken by ambulance to Harbor-UCLA Medical Center, where he underwent hours of emergency surgery.

Investigators said there was no evidence of impairment at the accident site.

The area where the crash took place is known for a high volume of traffic accidents, according to Villanueva. The exact cause of Woods’ crash has yet to be determined.

Best friend and fellow golfer Justin Thomas spoke about the accident, telling reporters, “I’m sick to my stomach. It hurts to see one of my closest friends get into an accident. I just hope he is all right. I just worry about his kids. I’m sure they are struggling.” 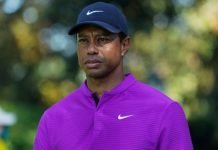 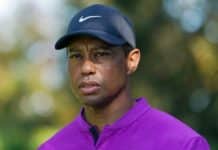 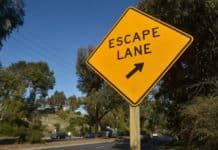