VATICAN CITY, Dec. 12 (UPI) — The Vatican Commission released a document this week calling for increased understanding among Catholics of the Jewish religion.

In a lengthly statement issued Thursday, titled “The Gifts And The Calling of God Are Irrevocable,” the Vatican reminds readers Jews have been called by previous popes “fathers in faith,” and “elder brothers.” The document also covers the combined history of Catholicism and Judaism, which cannot be fully understood without knowledge of the other.

“One cannot understand Jesus’ teaching or that of his disciples without situating it within the Jewish horizon in the context of the living tradition of Israel,” the document reads. “One would understand his teachings even less so if they were seen in opposition to this tradition.”

Consisting of about 10,000 words, the Vatican announcement also calls for Christians to stop attempting to convert Jews because the original covenant God is said to have made with them “is never invalidated.”

“While affirming salvation through an explicit or even implicit faith in Christ,” it continues, “the Church does not question the continued love of God for the chosen people of Israel.”

In response to the document, Dr. Edward Kessler, founder of the Woolf Institute and one of the Jewish presenters of the Vatican document, said Friday according to Vatican Radio it will not change relations between the two religious communities unless it is shared, “on the streets, in the pulpits, in the pews of our churches and synagogues.”

The document breaks “new ground,” Kessler continued, because it combines specific beliefs and issues that were once explicit reasons for the stark division of the faiths. Much work must still be done to improve relations between Christians and Jews, but the new document, he says, should be considered intellectually, educationally and practically. 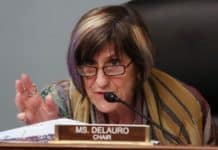