Mei Xiang is entering the final part of her months-long reproductive cycle. When over she will either deliver a cub or continue to experience a false pregnancy.

Panda pregnancies are difficult to detect due to the animal mimicking the behaviors and hormones associated with being pregnant. The only concrete way of confirming a pregnancy is to see a fetus on an ultrasound, but a giant panda fetus does not start developing until the final weeks of gestation, the zoo said.

Still the zoo has noticed Mei Xiang is nest-building and spending more time resting in her den.

Mei Xiang has previously had five consecutive false pregnancies between 2007 and 2012. In 2005 she gave birth to popular National Zoo cub Bao Bao and her brother Tai Shan, now in a breeding program in China. 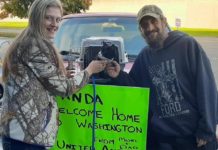 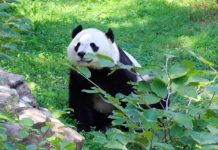 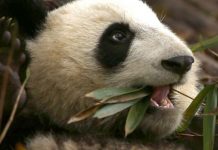