The group, Citizens for Responsibility and Ethics in Washington, filed a complaint last month with the Office of Special Counsel, citing tweets from officials like White House press secretary Sarah Sanders and Office of Management and Budget Director Mick Mulvaney.

Under the Hatch Act, most executive government employees — aside from the president, vice president and certain other top-level posts — are barred from using their office to engage in politics to influence an election.

CREW took issue with some of the officials’ use or partial use of Trump’s campaign slogan, “Make America Great Again,” or “MAGA.” In March, the OSC said the slogan violated the Hatch Act.

“Great again: ‘The U.S. is likely to overtake Russia to become the world’s largest oil producer,'” Sanders wrote in a March 6 tweet on her official Twitter account, linking to a Wall Street Journal article.

Mulvaney used his official account to tweet an op-ed he wrote for CNBC with the hashtag “MAGAnomics.”

Instead of referencing the “MAGA” slogan, White House deputy press secretary Raj Shah used his official account to tweet a link to the Republican National Committee’s website for Trump on June 4, which CREW said falls under political activity.

“We continue to see Trump Administration officials at all levels engaged in unprecedented partisan political activity using their official Twitter accounts in direct violation of the Hatch Act,” said CREW Executive Director Noah Bookbinder. “Despite multiple investigations and violations found, the Trump Administration clearly has no intention to stop the misuse of government offices and resources for political purposes. We are now calling on the OSC to consider additional measures to prevent the rampant abuses coming from this administration.”

The OSC determined in March that White House counselor Kellyanne Conway violated the Hatch Act when she discouraged voters from supporting now Sen. Doug Moore, D-Ala., in his bid to replace Jeff Sessions in the Senate.

In June 2017, the office said Trump’s social media director, Dan Scavino Jr. violated the law when he advocated for the defeat of Rep. Justin Amash, R-Mich. 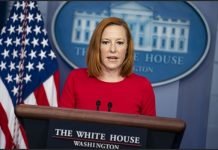