April 14 (UPI) — The World Health Organization on Monday urged nations to continue lockdowns and social distancing restrictions even though rates of infection have begun to level off in many parts of the world.

WHO Director-General Tedros Adhanom Ghebreyesus said the measures are still needed because knowledge about the coronavirus disease is incomplete — and it’s still not known for certain whether patients who recover are immune from re-infection.

“That means control measures must be lifted slowly, and with control,” he said at the WHO’s daily update from Geneva, Switzerland.

“It cannot happen all at once. Control measures can only be lifted if the right public health measures are in place, including significant capacity for contact tracing.”

Ghebreyesus said the WHO will issue new guidelines on Tuesday with six criteria for authorities who are considering easing restrictions. They will include whether disease transmission is controlled and if national health systems have the capacity to trace every contact and treat every case.

Other guidelines will call for risks to be minimized in settings such as health facilities and nursing homes; workplaces to be secured; importation risks to be managed; and communities to be “fully educated, engaged and empowered to adjust to the new norm.'”

U.S. President Donald Trump and some other political leaders have voiced support for reopening schools and businesses as soon as possible. Trump has said he’d like to see it happen in May.

French President Emmanuel Macron extended France’s lockdown until May 11, saying “the epidemic is not yet under control” in the country.

Macron said daycare centers and schools will reopen at the end of the lockdown while the country’s most vulnerable citizens, primarily the elderly will be ordered to remain inside.

He vowed the authorities would be prepared to test and quarantine anyone with symptoms and “general public” masks would be available on that date.

Britain’s Chief Scientific Adviser Patrick Vallance said Monday that he expected the number of deaths from the coronavirus to continue rising this week and that the country should not relax restrictions until the country was “firmly on the other side,” implying they could remain in place for at least another month.

British Foreign Secretary Dominic Raab, who is deputizing for Prime Minister Boris Johnson as he recovers from the coronavirus, agreed adding it was “absolutely crucially important” not to let up on restrictions at this point.

“We don’t expect to make any changes to the measures currently in place at that point and we won’t until we’re confident, as confident as we realistically can be, that any such changes can be safely made,” Raab said.

Worldwide, there have been 1.87 million cases and more than 116,000 deaths, according to Johns Hopkins University.

Earlier Monday, China reported more than 100 new cases, its highest daily tally since early March, but noted that all but 10 were imported.

China has seen a steady decline in new cases since a peak in early February. But as China’s indigenous infections have declined, its number of imported cases have climbed, sparking fears of a second wave.

To stem imported cases, Beijing has adopted measures that include closing border checkpoints with Russia, where many imported cases originated.

More than 3,340 deaths related to the outbreak have been reported in China 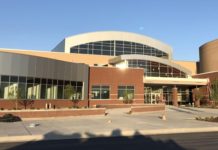 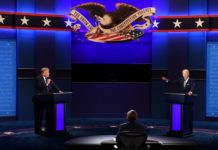