The trial for Doan Thi Huong, of Vietnam, and Siti Aisyah, of Indonesia, began Monday. The two are accused of smearing Kim Jong Nam’s face with a toxic VX nerve agent, killing him at Kuala Lumpur airport Feb. 13.

The two women, 29 years old and 25 years old, respectively, said they were manipulated into believing they were rubbing a harmless substance on Kim Jong Nam’s face as part of a reality television prank show.

If found guilty of murder, they each face the death penalty.

Kim Jong Nam, in his mid-40s, had been waiting for a flight to Macau when he died. He was estranged from his brother Kim Jong Un at the time of his death.

His death sparked a rift between North Korea and Malaysia, each country expelling the other’s diplomats.toxic VX nerve agent

Jacob Blake pleads not guilty in May domestic incident 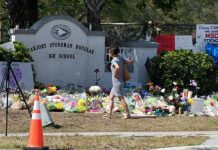 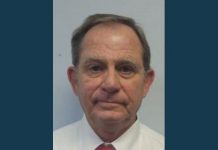