June 23 (UPI) — The Republican lawmaker who was shot last week in an apparent politically motivated attack on a charity baseball practice has been upgraded to fair condition, hospital officials said Friday.

Rep. Steve Scalise, R-La., was transferred out of the intensive care unit Thursday at MedStar Washington Hospital Center, the medical facility said in a statement Friday.

Scalise, the House majority whip, was shot in the hip area on June 14 as he practiced with other members of the GOP baseball team at a park in suburban Washington, D.C., to prepare for a traditional annual charity game between Republican and Democratic lawmakers.

“Scalise’s continued good progress allowed him to be transferred out of the Intensive Care Unit,” the hospital said in a Friday update. “He remains in fair condition as he continues an extended period of healing and rehabilitation.”

Three other people were shot in the attack, including a congressional staffer and a police officer who was on protective detail for the lawmakers. Two others received non-gunfire-related injuries at the Alexandria, Va., park.

The accused gunman, James T. Hodgkinson, was shot dead by police in the attack.

The FBI has said the shooting is not terror-related, and investigators suspect that the Illinois resident was moved to violence by politics. The suspect was a volunteer for former Democratic presidential candidate Bernie Sanders last year. 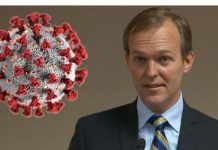 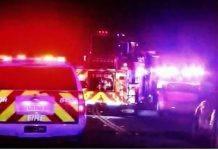