PITTSBURGH, Aug. 12 (Thimas Monzon) — In a move that the food giant says will eliminate duplication, Kraft Heinz announced Wednesday that it will immediately cut 2,500 jobs in North America.

The cuts — which represent more than 5 percent of its global work force — are the product of the company’s aim to reduce its budget by at least $1.5 billion by the end of 2017.

The new company is the result of the July merger of Kraft Foods Group Inc. and H.J. Heinz Co.

Now that the company has become much bigger — with an estimated $28 billion in annual revenue — a spokesman said that the new management team has restructured it in order to keep operations simple. The merger led many top Kraft executives to leave the company.

The restructuring means that 2,500 workers will lose their jobs in the United States and Canada, including 700 from its headquarters in Northfield, Ill.

The cuts have been anticipated for months. The company has said that the laid-off employees will receive severance benefits for six months or more in addition to outplacement services.

On Monday, the company reported declining sales for the second quarter that ended in June, just before the merger. In response, Kraft Heinz CEO Bernardo Hees said the new entity has hard work ahead of it in properly merging the two companies. He added that consumers are top priority.

An internal memo obtained by the Chicago Tribune revealed that Kraft Heinz employees were asked to minimize their travel and carbon footprint and to keep the cost of meals between $50 and $70 when traveling.

Prior to the merger, Heinz had cut more than 7,000 jobs (nearly 20 percent of its workforce) after it was acquired by Berkshire Hathaway and private-equity firm 3G Capital in 2013. 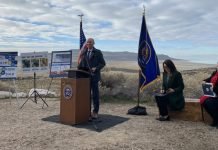