DALLAS, Oct. 13 (UPI) — Thomas Johnson, a former Texas A&M football player, was arrested on Monday for allegedly hacking a random jogger to death with a machete.

Johnson will be charged with murder, The Dallas Morning News reports. The unidentified victim is described as a white male between 25 and 35.

The attack took place at Dallas’ popular White Rock Creek Trail. Johnson, a former wide receiver who played in nine games for Texas A&M during the 2012 season, allegedly called 911 to report the crime shortly after the murder.

Johnson mysteriously disappeared days after playing in Texas A&M’s 29-24 win against No. 1 Alabama in 2012.

In 2014, Johnson was arrested for allegedly breaking into his aunt’s home and stealing her minivan and money. He charged with evading arrest, burglary of a habitation and auto theft in Dallas County.

Police said Johnson was recently kicked out of his home and was full of anger.

“It appears Mr. Johnson picked this victim at random. Absolutely random,” Deputy Chief Rob Sherwin said. “He was angry about his situation.”

Johnson used a “large-edged weapon” to carry out the attack, which happened at about 8 a.m. local time.

One witness said the weapon was a machete.

Johnson reportedly received probation for his former crimes but records show prosecutors sought his arrest for testing positive for marijuana and failing other bond conditions, including fee payments. 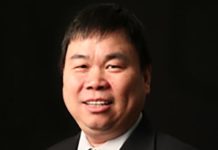