Moab City PD told Gephardt Daily the accident happened about 9:00 p.m. near 540 Main Street when an elderly couple from Ohio was attempting to cross the street.

The man and woman, whose names have yet to be released, were crossing from west to east when they were hit by a southbound vehicle.

First responders rushed to the scene but were unable to revive the couple.

Police say the driver who hit the tourists pulled into a nearby hotel parking lot and awaited law enforcement. They say it appears the driver “was traveling at or less than the posted speed limit of 35 mph” and that the man and woman were “outside of a designated crosswalk” when they were struck.

Units from the Moab Valley Fire Department, Grand County EMS, Utah Highway Patrol and the Utah Department of Transportation responded to the accident and were on scene throughout the night.

“This is a tragic accident and our thoughts are with those involved and the families of the deceased,” Moab City Police said.

Investigators say they’ll release the victims’ names upon notification of next of kin. 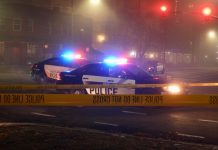 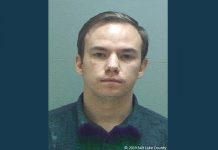